A Down Home Christmas with Tomato/Tomato

Atlantic Canada’s most entertaining duo return with a brand new, high energy album that feels as comfortable as it does fresh – bringing the sound of vintage rock n’ roll to the fore with a barnstorming new roots / rock record.

The New Brunswick based pair have built a reputation on a live show that is as much about the musical multi-tasking and vocal excellence, as it is the relaxed, off-the-cuff banter that carries on throughout the show. This compelling mix has seen the duo build audiences and develop friendships across Canada through performances at major venues and festivals; and win over international audiences with repeat visits to Australia and the UK.

Equally well received by critics, the duo have received nominations from ECMA, Music/Musique NB, and the Canadian Folk Music Awards, winning awards for Group Recording of the Year, SOCAN Song of the Year, and a well-deserved Hardest Working Artist award!

For their fifth record, they returned to Nashville in March to record with producer, engineer, and multi-instrumentalist, Jon Estes, and an amazing group of Nashville based musicians. With most of the record complete, they returned home just in time for lockdown where they recorded their vocals and finished the record.

The release of  It’ll Come Around comes at the end of a year where the title song’s message of optimism and call to arms feel relevant and needed. The feel good, high energy vibe of the record is the perfect way to bound into a New Year. 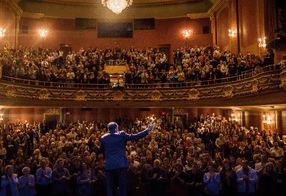 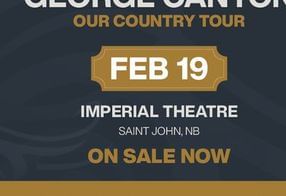 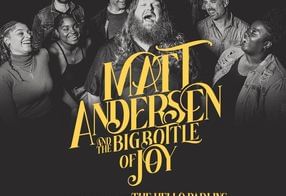 Matt Andersen & the Big Bottle of Joy in Saint John 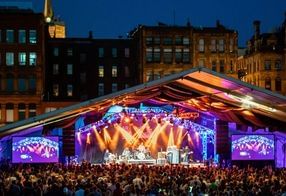