Hula’s ephemeral mural activated a quiet corner of the city, and sparked a new way of thinking about public art.

The tide comes in, the tide goes out.

The Bay of Fundy’s twice-daily incursions into Saint John harbour and up Reversing Falls are the mighty metronome of our city, the big, slow beat behind the smaller, faster loops of human activity.

For a week this summer, the artist Sean Yoro ­– tag name Hula – insinuated himself into this ancient cycle, making art that relied on the tide for its creation, the water conveying him and his paddleboard from which he works across the horizontal plane of his canvas, a staggering 28 feet between high tide and low. The tides conspired in the mural’s perception, as well, as the water interacted with ‘Huna,’ the finished painting, concealing and revealing the ambiguous expression of its female subject, a head-and-shoulders portrait of a woman, eyes closed, fingers reaching up over her head. Was she drowning? Escaping? Emerging? Depends who you asked.

Ultimately, the tides enacted the work’s destruction, an erasure, by late fall, of the painting below the high-water mark, which is to say, almost all of it. Today, just a faint curve of fingers folds towards the bright green algae that’s reclaimed the concrete wharf, the kind of empty, forgotten space Hula favours.

For Yoro, a self-taught Hawaiian street artist who honed his chops making murals in New York and now travels the world creating large-scale public works harnessing the elements – usually water – to activate them, it was one of the most extreme environments in which he’s worked, and definitely the most dramatic tides.

While Saint Johners are deeply familiar with this natural phenomenon, Hula focused our collective gaze on the tide in a new way. His project also activated a part of the city that didn’t get much notice by the public.

Before Discover Saint John invited Hula, no one spent time at Pugsley Slip. The few who did didn’t unfold lawn chairs and dig into picnic lunches as though at a park or festival as they did during his residency. During the week of Hula’s work, it became a gathering place, a people place, as locals and visitors watched the creative process unfold.

For a long time, Saint John was a port city that turned its back on the water. Until Harbour Passage opened, the uptown waterfront wasn’t easily accessed by the public. Even now, with people regularly enjoying being bayside, much of the waterfront is asphalt, great expanses of industrial storage, parking lots and undeveloped sites.

After Hula arrived, the collective gaze of the city – and far beyond, as national and American media took notice of the bold work – turned to this little pocket. Pugsley Slip was transformed.

For some people who watched the work’s creation, its erasure by tide was a disappointment. What’s the point, they wondered, of investing in art in the summer that’s going to be gone by the fall?

Ephemeral, temporary, performative, almost, ‘Huna’ is not the kind of public art to which Saint John is accustomed. While Third Shift, the wildly popular contemporary art event that takes over the uptown one magical night each August, is broadening the understanding, overall our conception of public art tends towards the monumental, to big, heavy, durable works. From bronze statues in our squares, to works in granite from Sculpture Saint John, as well as pieces in metal and stone as part of Saint John’s One Per Cent for Public Art policy, these are pieces that are built to last.

But art can endure, can matter, in other ways. The very impermanence of Hula’s work gives it a poignancy, urgency and power.

Hula’s fleeting mural reminds us the city is always in flux, a stage for constantly evolving opportunities to interact with each other, with nature and with creative expression.

It tells us change is possible.

‘Huna’ was an impermanent record of an idea, a remnant of the act of Hula’s painting, which asked us to look at what we missed before – and to gaze deeply on what we do see. To remember it won’t stay that way forever. Or maybe even for long.

“Sean Yoro’s HUNA project was sponsored by Discover Saint John in partnership with Strong and Free.” 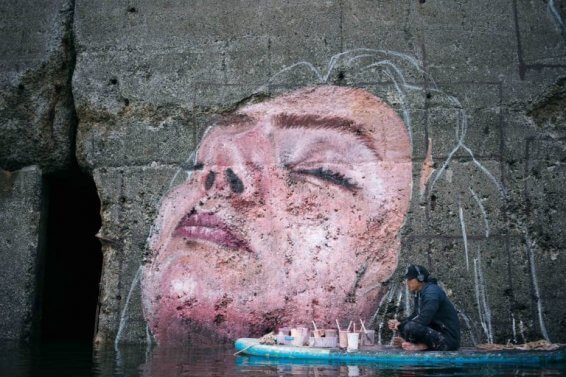 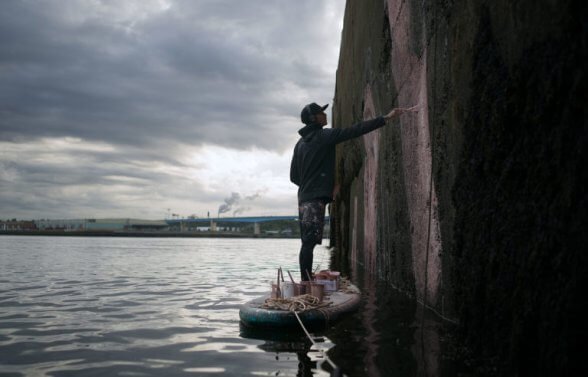 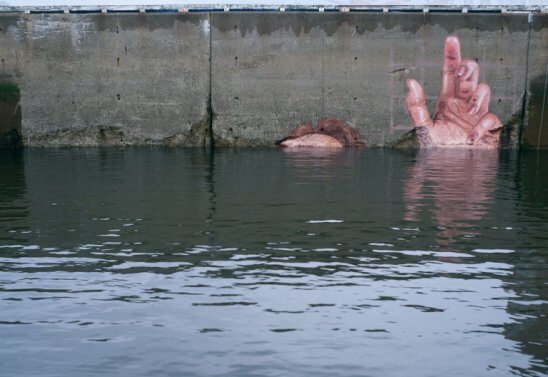 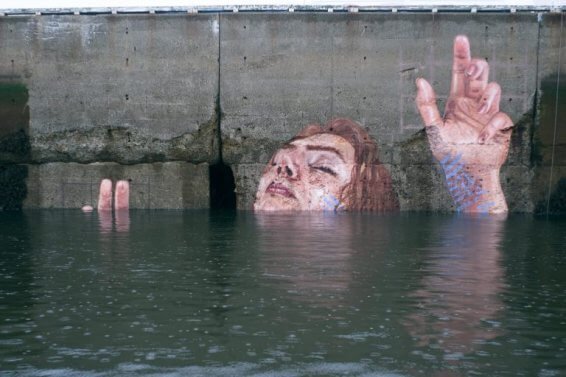 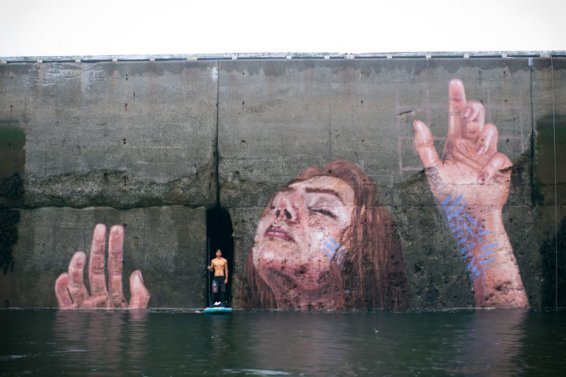